You're not going to believe this - Robbie is a liar!

If you haven't stopped by Robbie Thomas' site recently, you might not be aware that he is "Endorsed and Supported by The C.A.V. of Canada".  Don't bother going there, I'll save you the trip. 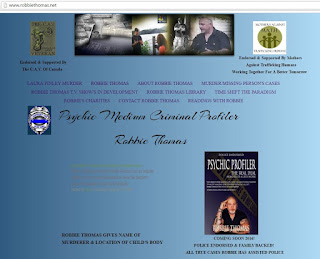 In the top left corner, the very first thing you see, is his unambiguous claim of support and endorsement. 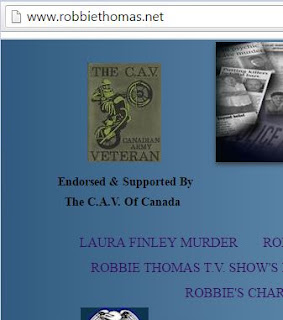 Wow, what an endorsement.  But, wow, what a lie.  A member of this blog contacted "The C.A.V. of Canada" and received the following response:

Thanks for directing this observation to me.

Under no circumstances have CAV ever endorsed this individual.

We will be taking measured in the next couple of days to ensure the misrepresentation of our trademark logo is taken down from his website and he is fully aware of the ramifications of his actions.

Thank you again for making us aware of this issue.

That's not the first time Robbie has lied and, if I'm psychic (nobody is), I'm betting it won't be the last.  To this day, he still has "endorsements" on his site that are attributed to people who have publicly stated that they are lies, taken out of context or are blatant misrepresentations. 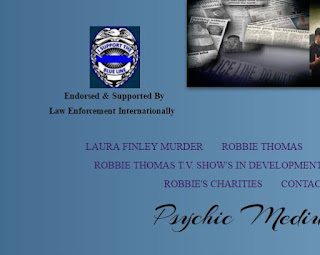 Surprise!  The endorsement has disappeared.

I wonder if the Crime Stoppers endorsement goes next?  Robbie, thank you for making this so much fun!  This next screen capture has soooo much to work with. 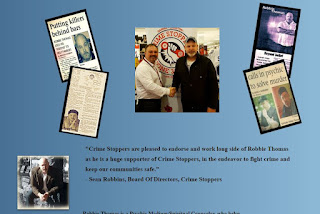 We'll see if Robbie takes down the Crime Stoppers "claim" before I'm even back from vacation.

He'll have to also back-up this lie:

Robbie - which search organizations endorse you as a psychic? What law enforcement claims you're a psychic and supports you?  Oh, and Crime Stoppers?  The letter they sent me is priceless - and doesn't support Robbie's claim.

Robbie Thomas - still not psychic and still sporting a 100% failure rate when it comes to solving crimes with his (non-existent) psychic abilities.  Congratulations!
Posted by sarniaskeptic at 7:14 PM